I was a self-taught guitar-player. I never became a proficient one. I learned about nine chords. I held the the neck of the guitar in an odd way, making learning a wider range of chords difficult. I wasn't much good when it came to tuning a guitar either.

My limited repetoire of chords and barely tuned instrument may have restircted me, but they were sufficient to create little tunes. These little tunes I could play over and over in my head, like an earworm. In time words or concepts or rhymes would emerge. Most often these were humorous, some ridiculous, and others sweet, almost pretty. I played these little "diddies" for friends, at parties, sometimes at talent shows at LSU, and on stage four or five times a year for a few years. I enjoyed creating clever little songs more than performing.

Over the years, I have written many. Few have ever been fully-produced and none have been recorded professionally. I hope to create a vanity product to share with friends and family one day. In the meantime, I'll load links to some of the work that is on my YouTube channel. I hope you find a smile in this. 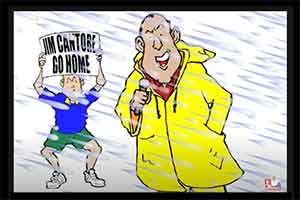 The Saturday night before Katrina’s landfall found me anxiously eating a poboy at a neighborhood restaurant near the ferry landing at Algiers Point. My good buddy, an accomplished New Orleans jazz pianist, Wally Blake and I were relaxing after extracting his pontoon boat from Lafitte, LA as the beast approached. At other tables in the eatery, we overheard people discussing their hurricane preparations and plans. They spoke of evacuation versus hunkering down. They worried about supplies and provisions for power outages. We realized we had the makings of a song. Alas, we never got around to it.

When Hurricane Gustav and Ike visited me in 2008, I had time on my hands. Waiting for adjusters, mortgage bankers, and contractors gave me moments to be creative. My circumstances inspired me to revisit the song possibilities. My brother, Patrick, helped me develop and produce a decent rendition. Here it is. 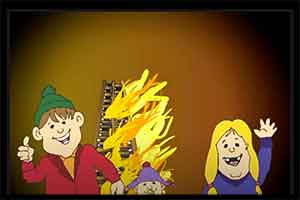 Bonfires on the Levee

Our family moved to the Gramercy-Lutcher area in 1968. That was the beginning of my high school years. I turned 14 years old that year. I discovered my new friends participated in the special Christmas Eve tradition of burning bonfires to light the way for Papa Noel. Oh my! Imagine a 14 year old boy, a latent pyromaniac, getting an opportunity to build huge bonfires on the levee and then burning them. This diddy honors that centuries-old tradition and the fun we have. 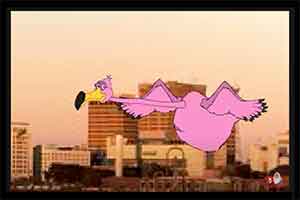 I was named King of Spanish Town Mardi Gras for 2010. I wanted to do something special for that once-in-a-lifetime experience. One of the special memories was writing and producing this song.

Spanish Town Mardi Gras (STMG) is a huge party and parade in Baton Rouge that irreverently pokes fun at the powers in our world. The targets could be celebrities or politicians or institutions. The mascot for the STMG is the pink flamingo, a derivative of the cheesy plastic lawn ornament.

For a few weeks in the beginning of each year, the revelry consumes many of our friends. It has been a wonderful experience participating in this event that has so much fun and raises so much money for charity in the Red Stick community. 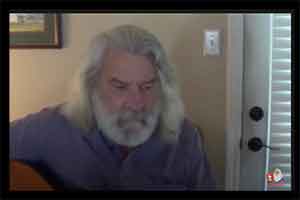 Here in Angola, Not Loving You

Susan Owens Snelling was a wonderful voice in the music scene in Baton Rouge for decades. I respected her talent and upbeat personality. She was very generous helping musicians of all sorts with encouragement and support. She passed away during 2021.

She invited me to perform in her songwriters’ performance series called Oddfellows. This was 2014. I had not performed on stage since the early 80s. I was honored and accepted with much trepidation. She encouraged me to dust off my songbook and build some guitar callouses. I practiced my old songs for weeks. I even scratched out a few new songs. This is one song from that time.

This song rattled in my head for years. I decided to develop it for this performance in November 2014. It was a special night. I was so gratified with the turn out.

Susan will always live in my heart. She made my meager musical talents important to me again.

I was never a prisoner at our famous penitentiary. But I have a decent imagination that some folk are oddly more comfortable on the inside than dealing with the world outside the fences. 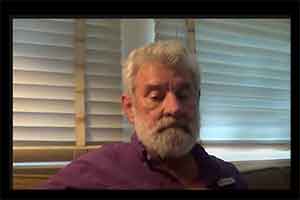 The Rain Did Fall

The Flood of August 2016 inundated thousands of homes and hundreds of thousands lives. I had to write a simple, sad song about the experience. I thought I could use this as an idea to create a more developed song. When I got this far I knew I needed go no further. 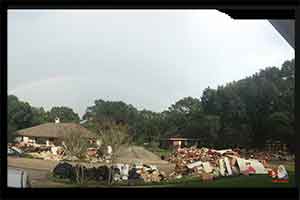 Debris piles are a sad sight in a neighborhood. They are like Levees of Life. The mounds of furniture, clothes, appliances, toys, and books each hold memories of the residents of a home destroyed. In 2016, our neighborhood was lined for miles with these debris piles. The sadness was overwhelming.

That crushing reality yielded to defeat and then a grudging acceptance. For me, I began finding some twisted humor in it all. I could perform an hour comedy routine about debris piles. The pain of others prevents me.

I did write a diddy about debris piles. I still have twinges of sadness mixed in with my smiles.